We often take elevators for granted, rarely thinking about how useful they are and how much more difficult our lives would be without them. Elevators save us a lot of time and a lot of effort each and every day and that’s not even considering all the large-scale versions which have a drastic impact on large areas. We’re talking about urban elevators which connect towns and allow people to easily and effortlessly travel between areas which would otherwise remain inaccessible. 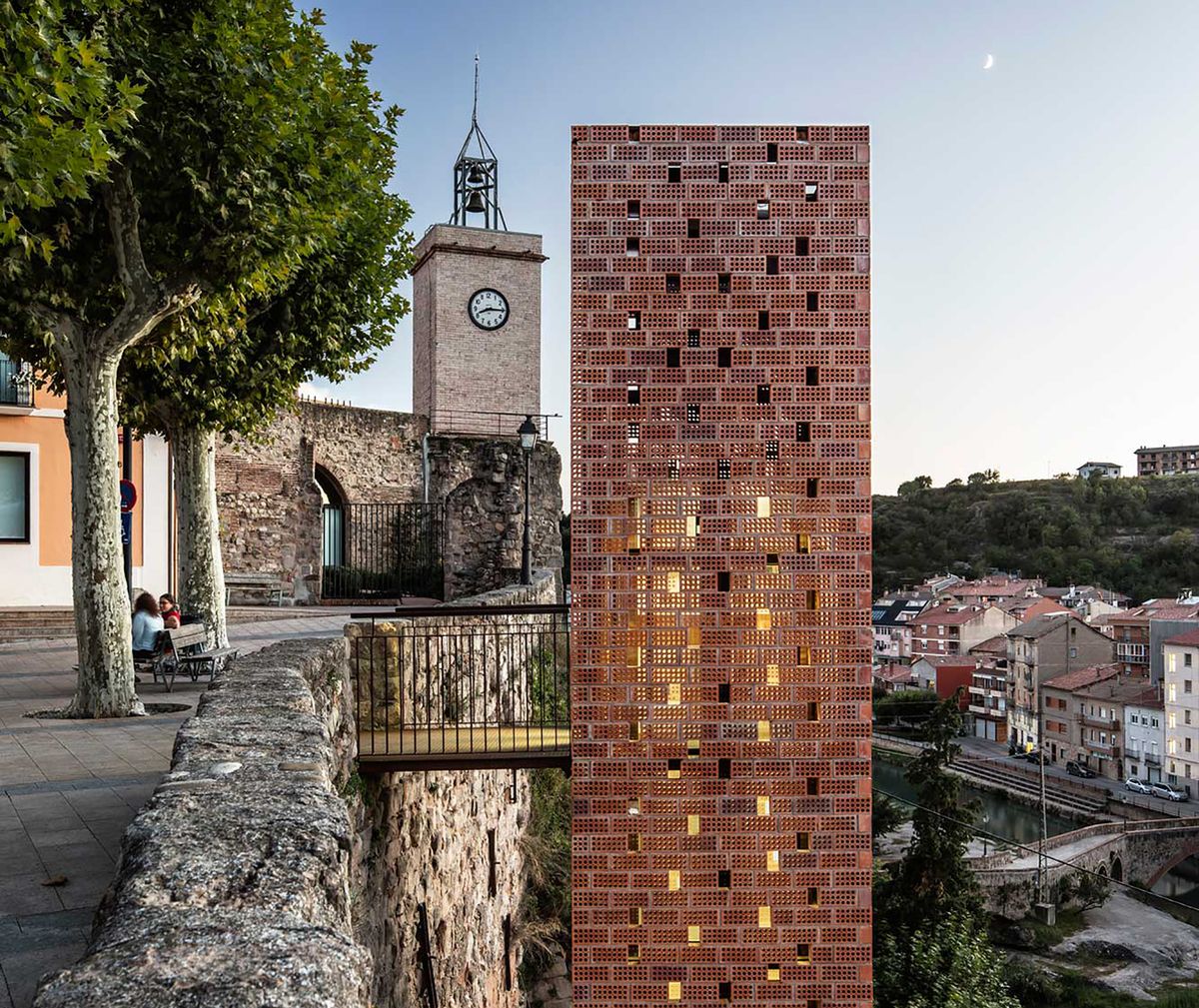 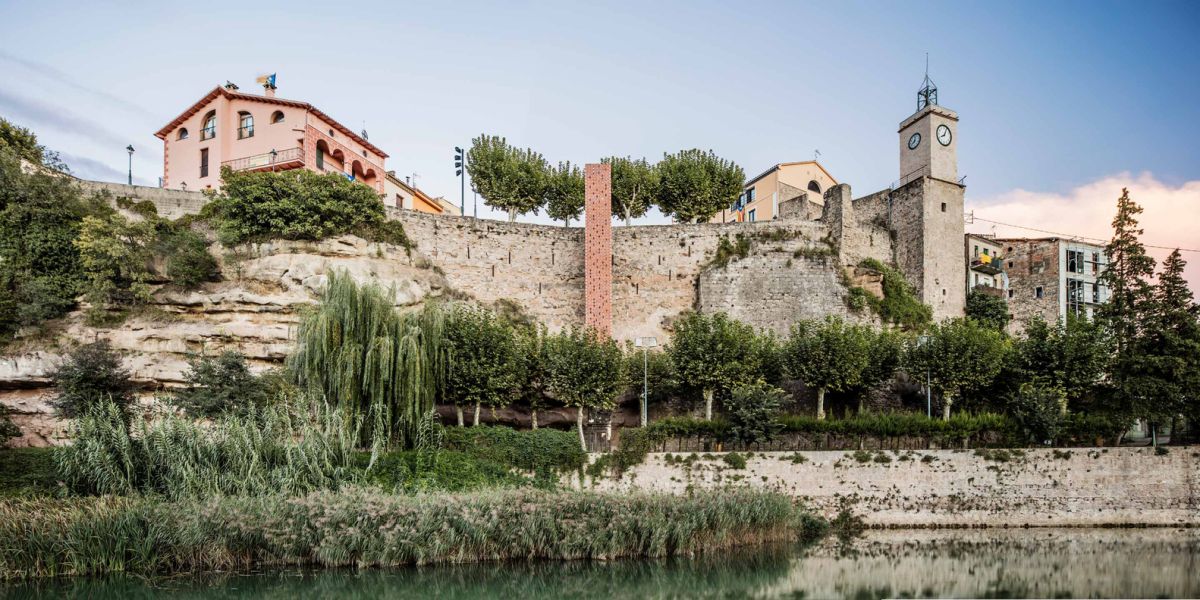 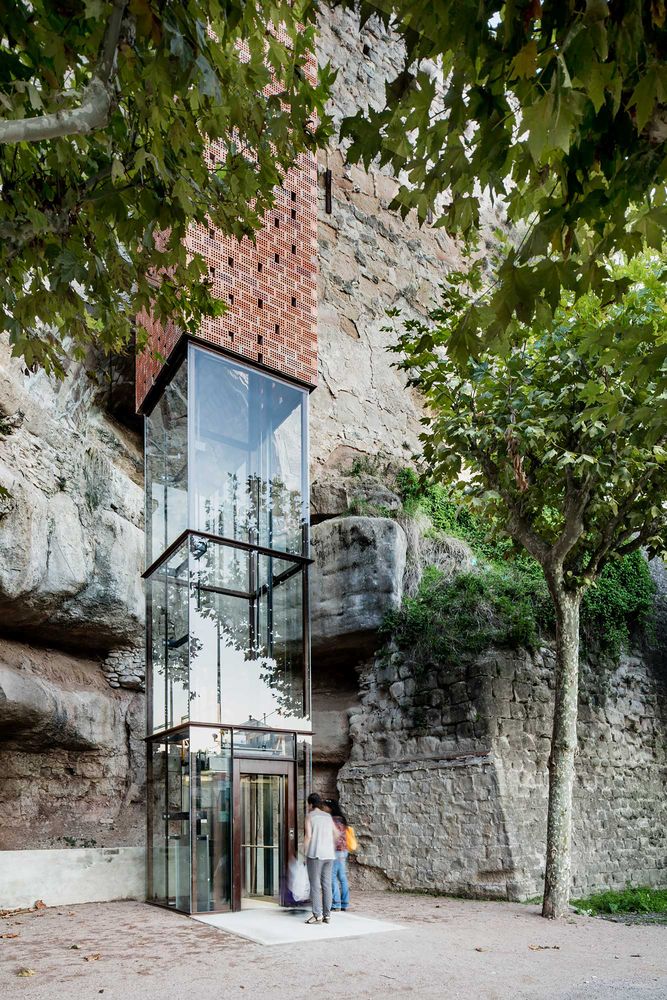 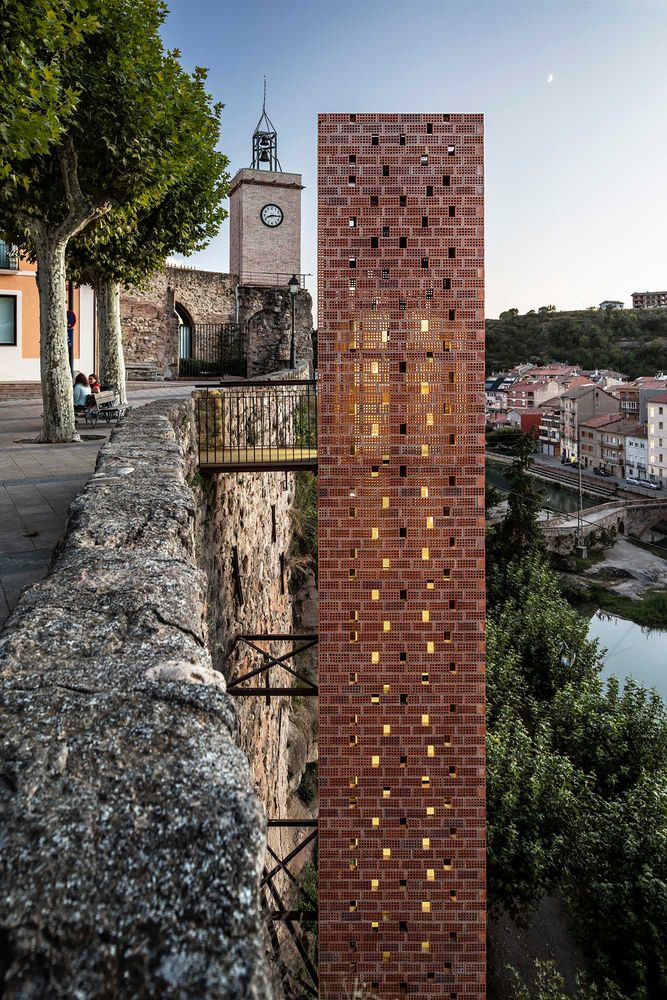 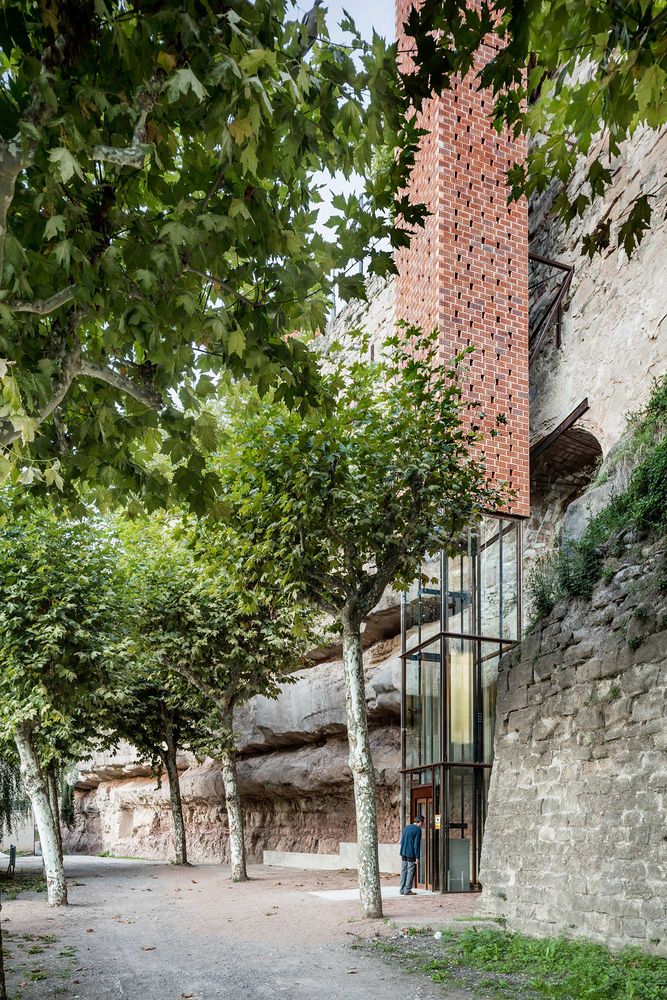 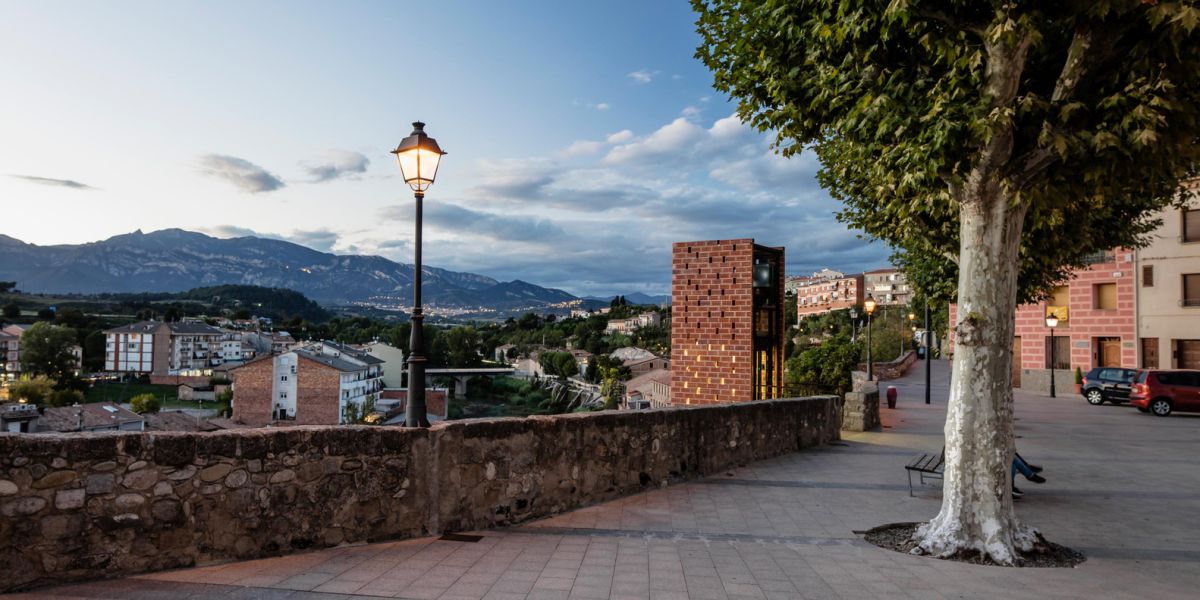 Because it’s divided by the Llobregat river, the Gironella municipality in Spain is organized into two big areas. There’s the historic section and the modern part of the town and in between them there’s a 20 meter vertical break. This has caused the old town to become depopulated over the years due to the fact that it’s so inaccessible. The solution found to this problem was to introduce an elevator. Its role is to provide easy access to the old town which is why the proposal was to place it in a strategic point with historic significance. The design created by architect Carles Enrich aims to blend together the old and the new, featuring a transparent glass section at the very bottom, with the rest of the elevator being wrapped in a perforated brick shell. 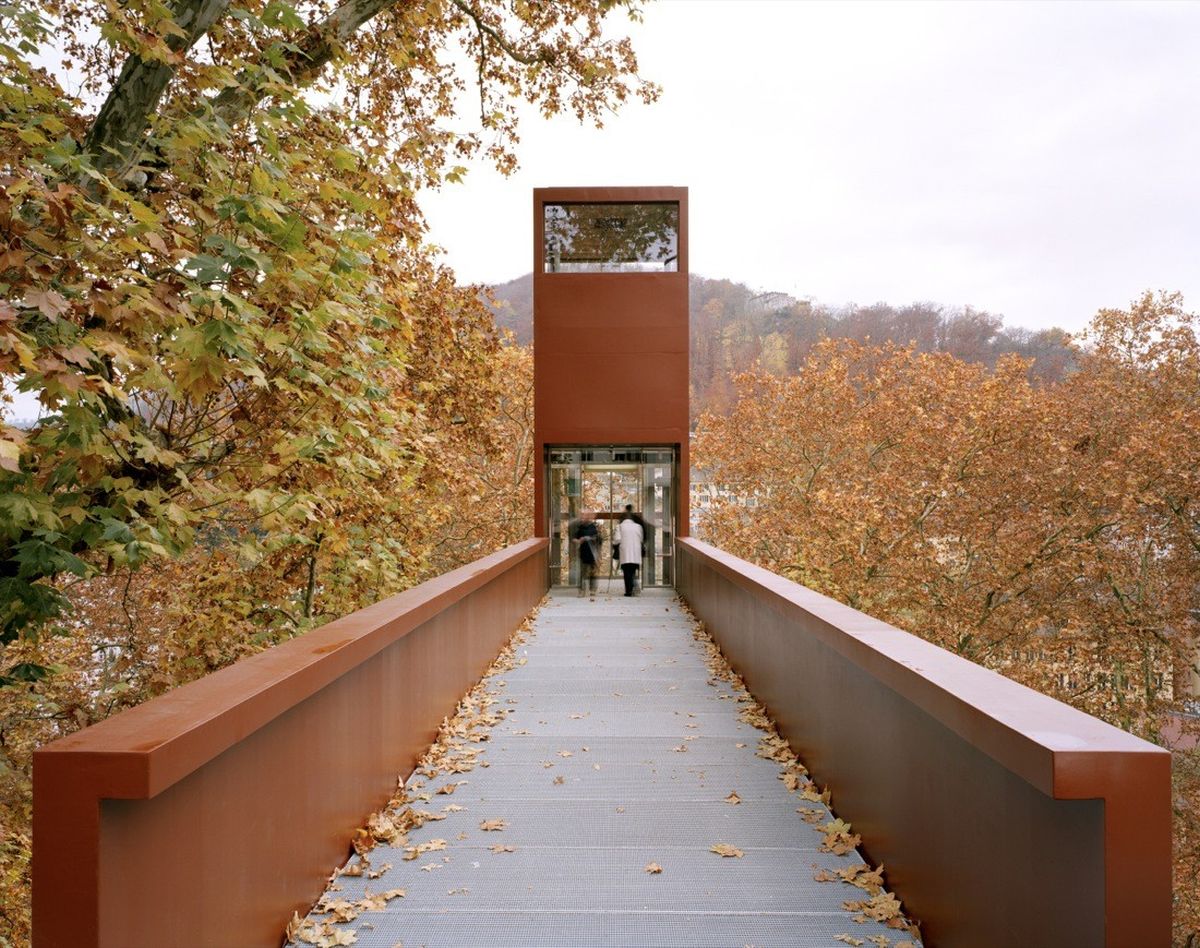 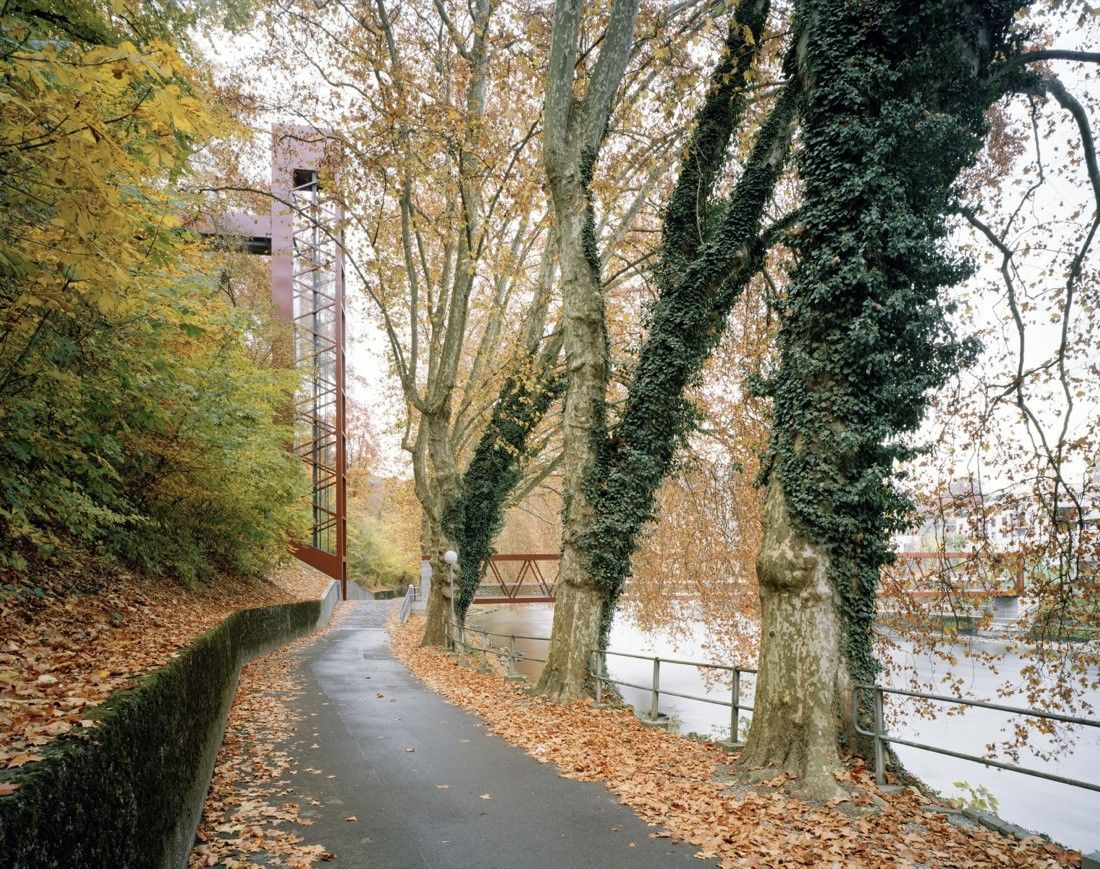 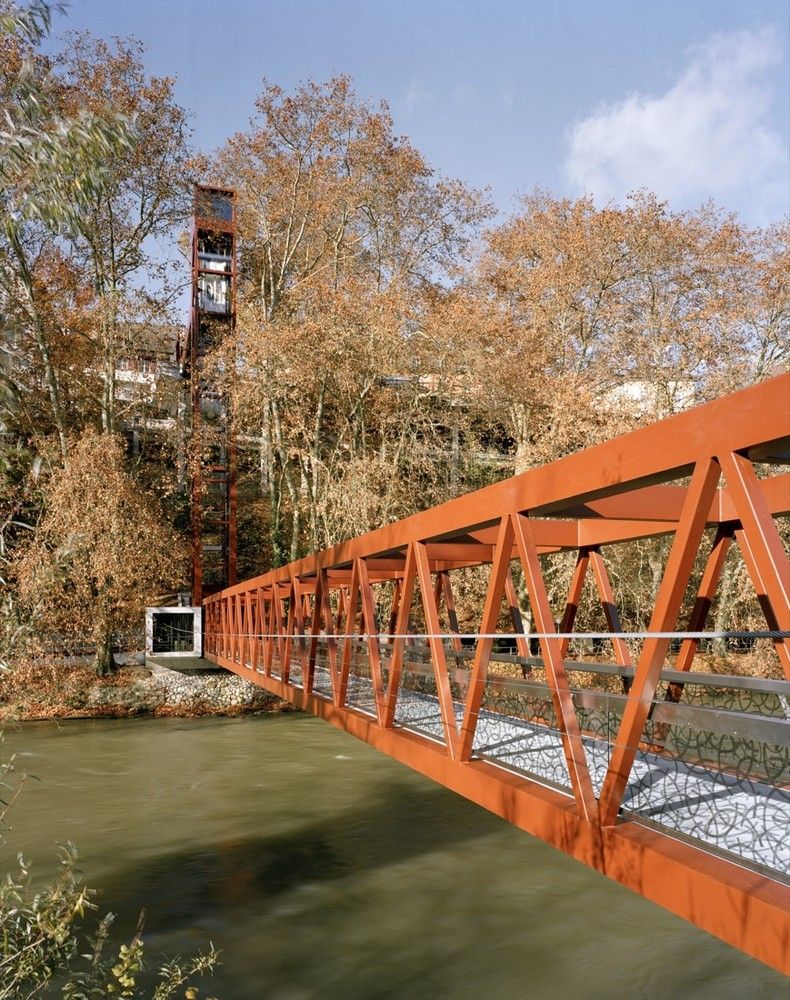 An elevator was also the answer to the accessibility problem between the town of Baden and the Ennetbaden village in Switzerland. These two neighboring settlements are separated by the Limmat river which forms a valley between them.The solution was offered by studio Leuppi & Schafroth Architekten. They came up with a great design for a horizontal bridge to connect the two sections of land and also a vertical elevator tower which closes the gap between the two areas. They naturally chose an industrial design approach but they didn’t neglect to highlight the beautiful views and to make the most of them by incorporating lots of glass into the project. 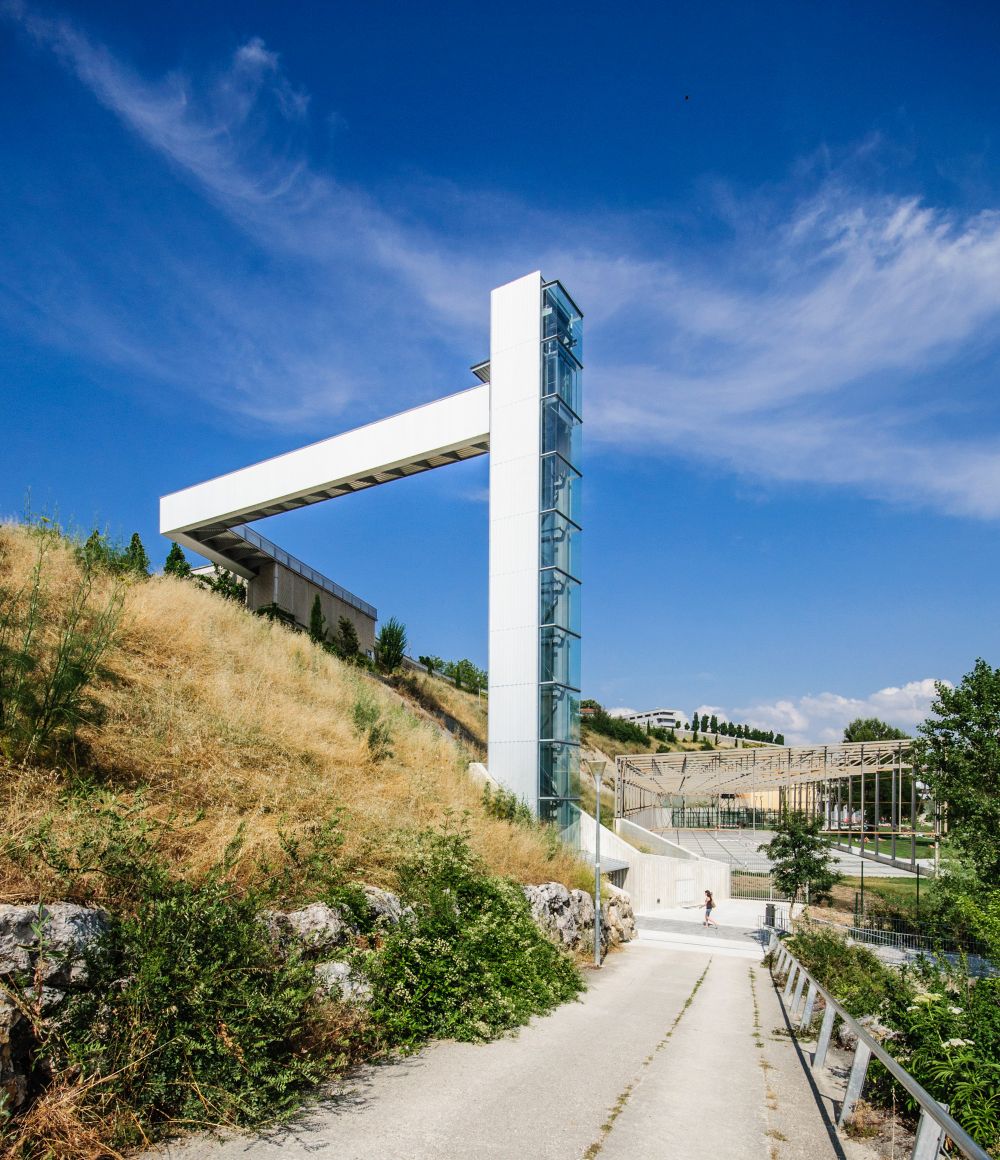 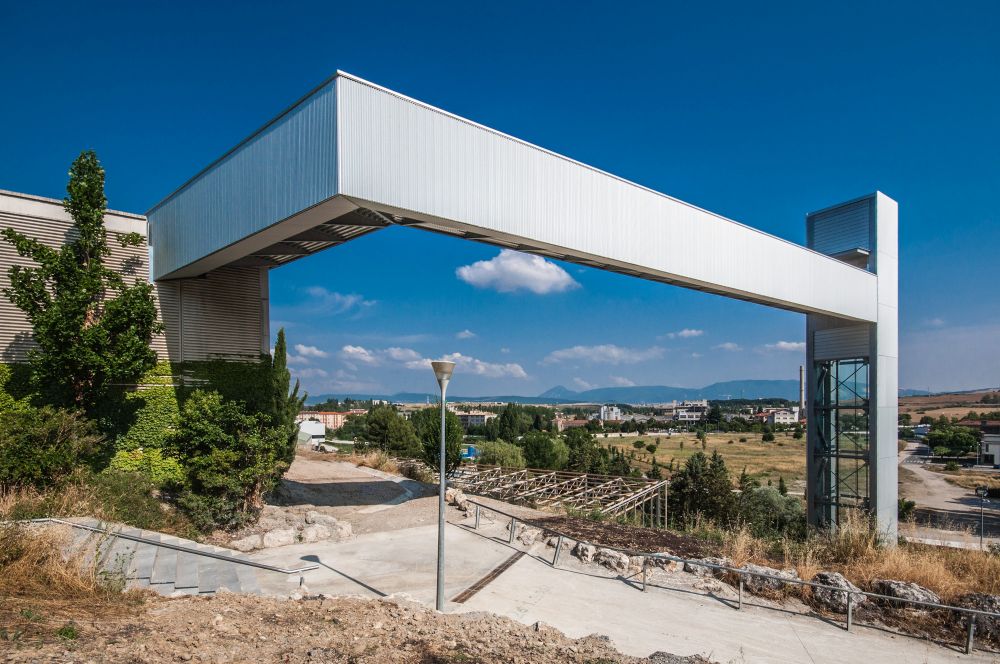 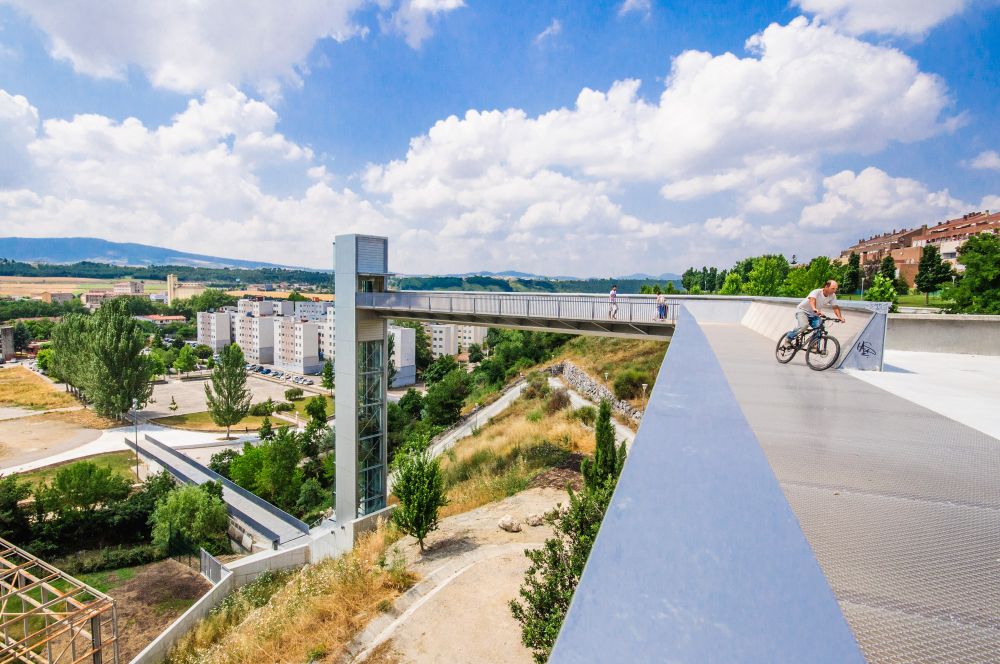 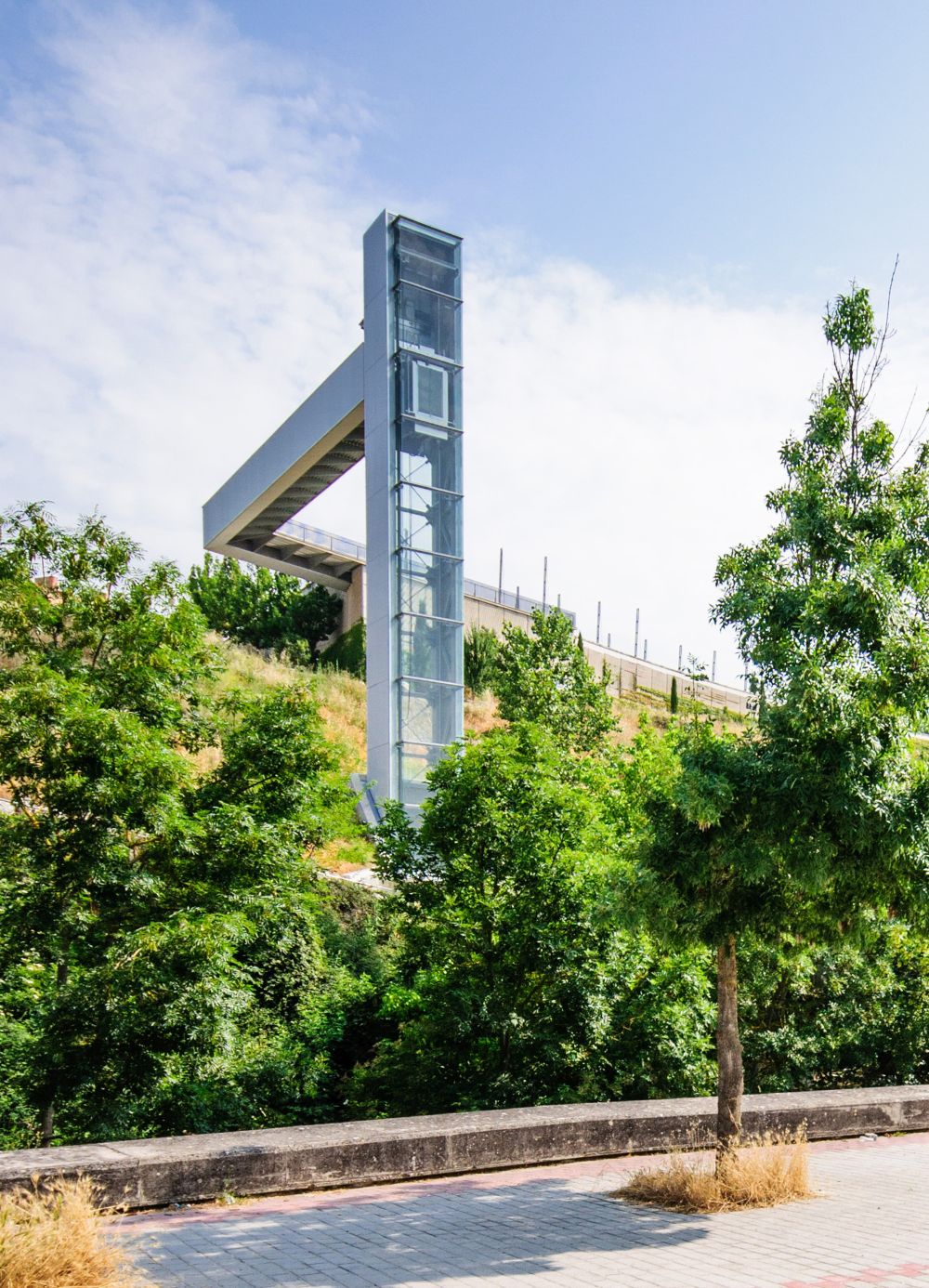 Another impressive urban elevator was built as part of a big project in the city of Pamplona, in Spain, the goal of which was to improve accessibility between three main areas of the region. Previously, these areas were linked by pedestrian ramps and sets of stairs which were not as efficient nor as safe as the elevator and the walkways designed by Ah Asociados. The 30 meter height difference between the levels is no longer an issue and thanks to the glass lift tower and the two bridges accessibility has greatly improved throughout the city. 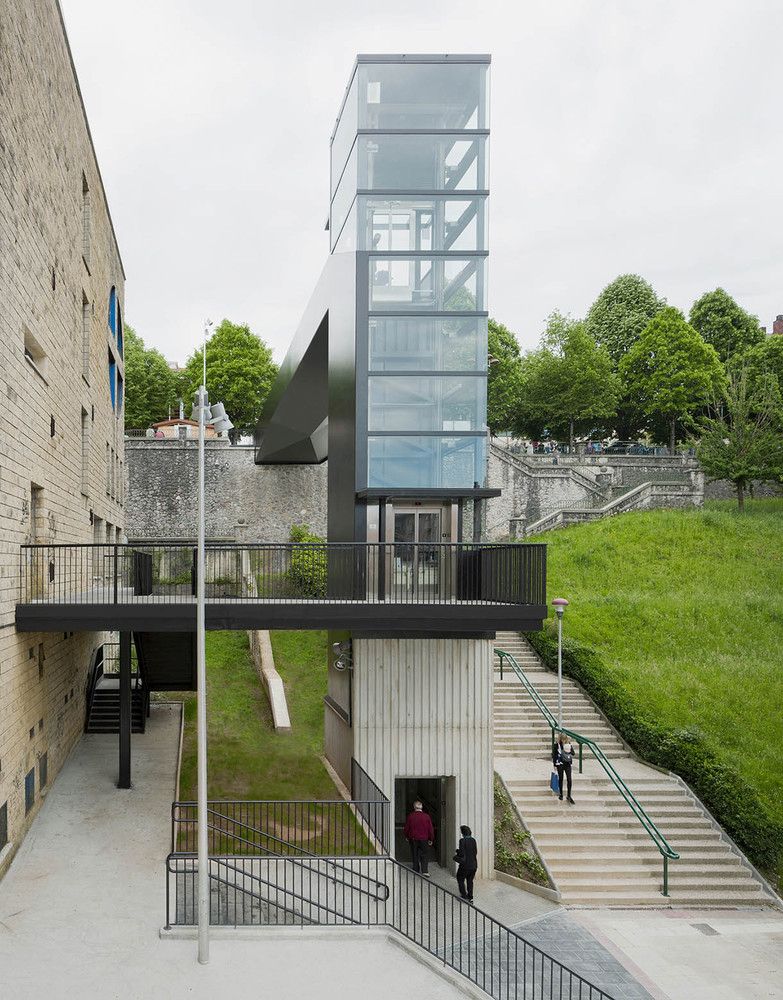 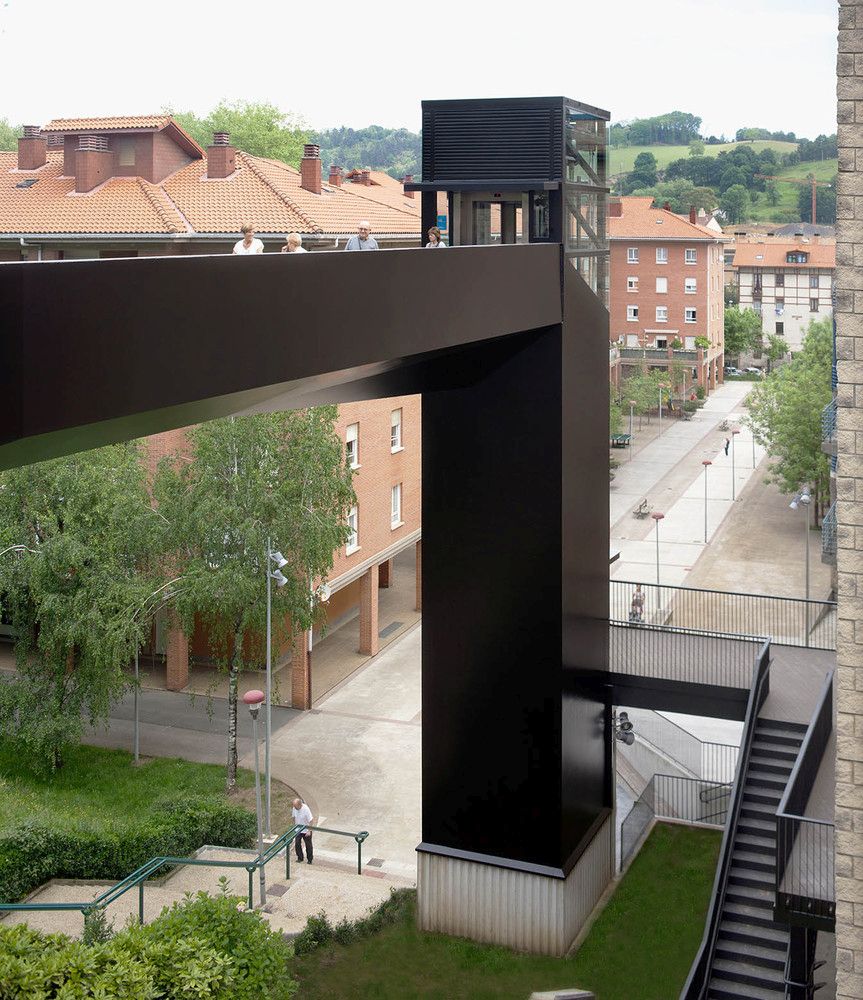 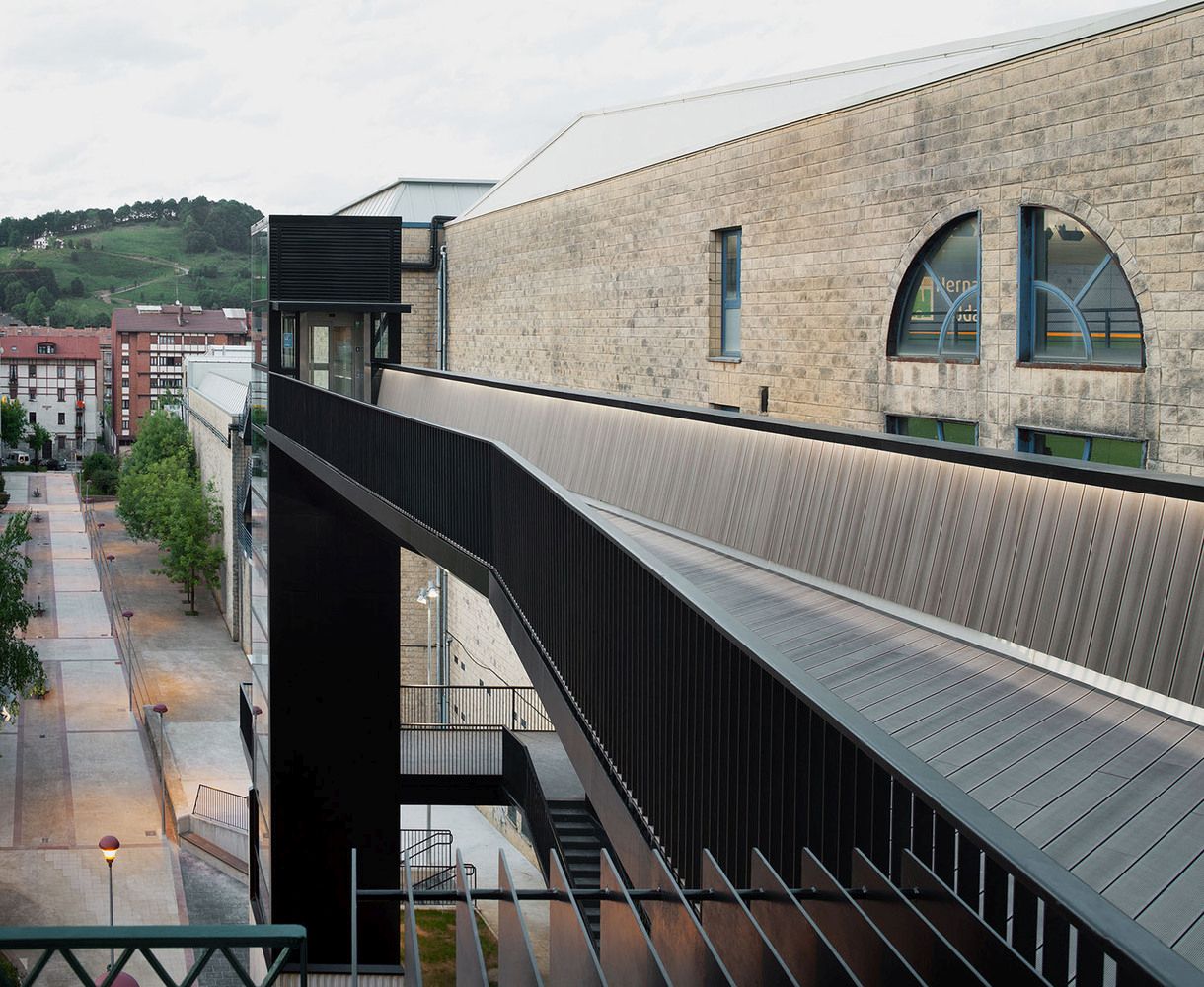 Another cool project focused on accessibility was developed by architecture studio VAUMM. They created an urban elevator in Hernani, Spain which serves to link the old town and the modern areas of the city. To be more precise, the elevator and the pedestrian bridge which accompanies it connect the Latxunbe-Berri neighborhood and Urbieta street. The design is modern with a strong industrial vibe which doesn’t really resonate with any of the surrounding structures. As a result, the new structure stands out and makes a statement. 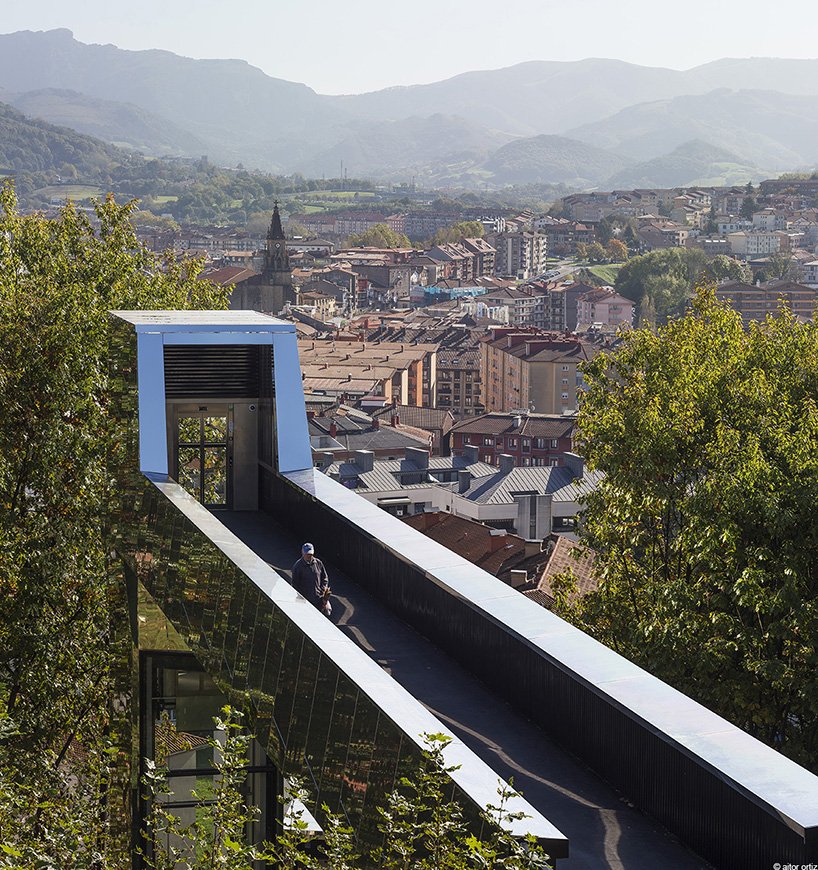 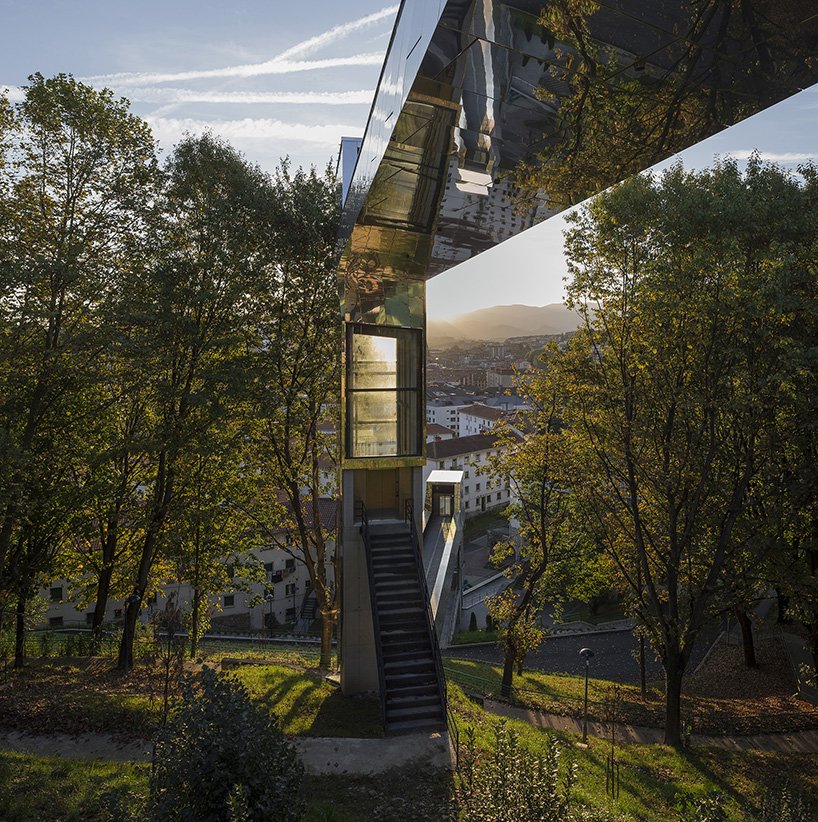 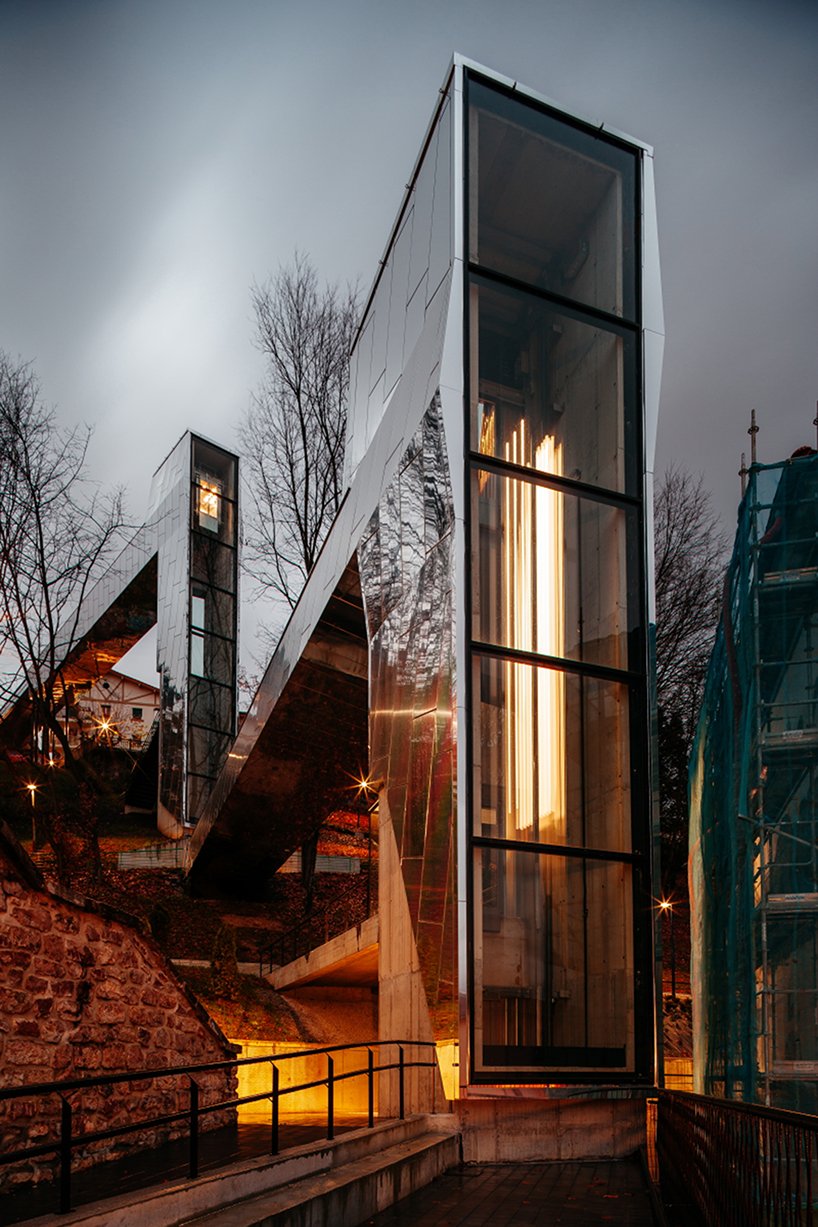 Architecture studio VAUMM also designed and built this amazing elevator structure in Errenteria, Spain. The projects consisted of two elevators connected by footbridges. The role of this huge structure is to reconnect two separate areas of the town and to make the 40 meter height difference between them seem less frightening. The design of this structure definitely stands out but in a very peculiar way. The elevators and the bridges are clad in sheets of aluminum which act as mirrors and reflect the surroundings, helping the structures blend in. The elevators also have glazed sections which frame stunning views over the town below.

The comfortable indoor living room layouts in these house inspirations were other great decorations that we can see directly. The ideas that available in...